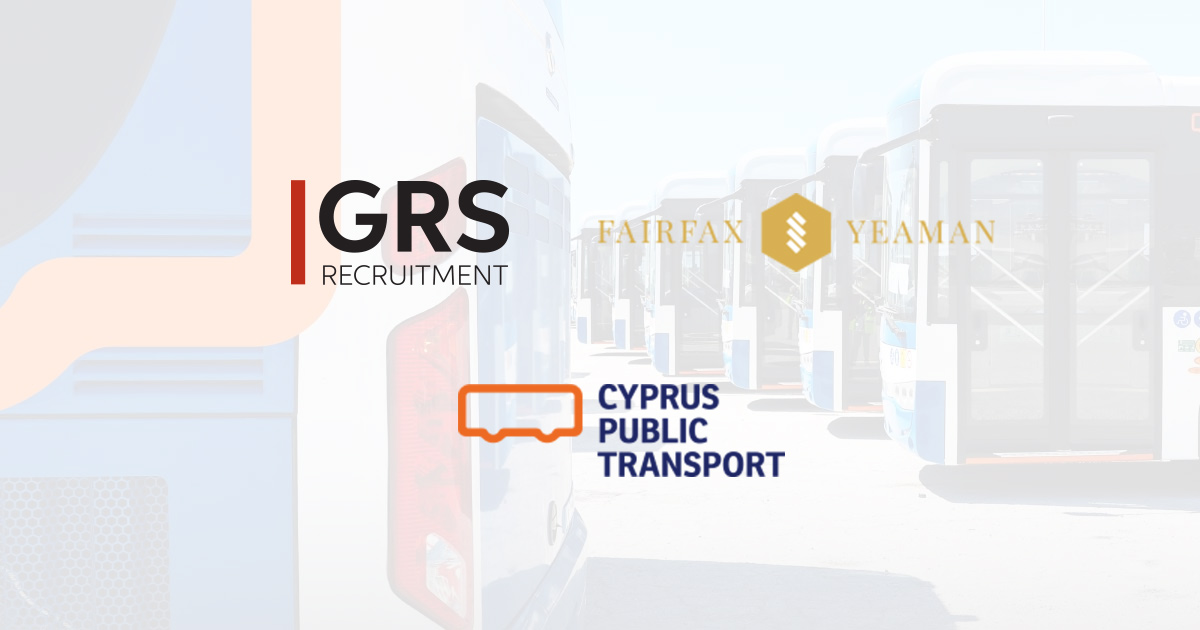 A new public transport system was recently launched in Cyprus to expand the Bus network across Cyprus and bring it up to European standards. The newly created Cyprus Public Transport was established by the MLKP consortium comprising of Malta Public Transport and Kapnos Airport Shuttle Ltd and is serving routes in Nicosia and Larnaca as of 4th July 2020. The contract for the services was awarded by the Cyprus Ministry of Transport and is for the next ten years.

GRS Group the leading recruitment, payroll and Outsourcing company in Cyprus, was selected for its high-quality service and experience with large Outsourcing projects in the Energy, Retail, Banking, and Construction sectors. Lorraine Piggott Brown, Senior Operations Manager said ‘having worked in a number of industry horizontals in Cyprus we were delighted to be partnering with CPT as it was our first Outsourced Project in the Transport sector in Cyprus’.

The project began just before lockdown and involved the transfer of over 650 employees to the new company which involved face to face meeting across Cyprus. However, as the pandemic spread and became more serious, face to face meetings had to be replaced; innovation and technology took over.  Project Manager Annita Paliou said ‘it happened very quickly, and we had to think on our feet as the Health & Safety of the CPT & GRS staff was off paramount importance. As things developed, we realised that we would have to replace the face to face meetings and use a blend of technology including What’s App, Viber, Zoom and Microsoft Teams’. Organization on the project was key to ensure the 4th July deadline was met  and all the information and paperwork for each staff member had been gathered, recorded and processed  to ensure a seamless transition for the employees to the new company Cyprus Public Transport.

With the 4th July target achieved successfully and the employees on-boarded by GRS it was the then over to Fairfax Yeaman, a member of the GRS Group to take over, as they were selected as the outsourced payroll provider to run and manage payroll for the new company and its employees.

The CEO of GRS Group, Steve Slocombe, commented on the partnering with CPT “We are extremely pleased to be offering our expertise and services to such a premium client. With the advent of Covid we faced some unprecedented challenges with the project but due to our organised and agile approach we turned the project into a success. This of course was all down to the project team and I would personally like to thank them all: Lorraine, Annita, Christiana, Laura S and Laura C for their outstanding performance and resilience in such a strange and difficult time.”

If you would like to learn more about how your business can benefit from our Outsourcing Services please contact Steve Slocombe /Lorraine Piggott Brown at : steve@grsrecruitment.com lorraine@grsrecruitment.com Limassol 00357 25342720 Nicosia 00357 22769369